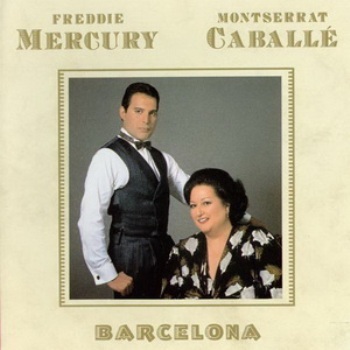 Barcelona is the second and final studio album by Freddie Mercury and the eleventh studio album by Montserrat Caballé, released in 1988. It is the follow-up to Mercury's 1985 debut solo album Mr. Bad Guy. The album is best remembered for the Title Track, which was written as the theme song for the 1992 Olympic Games in Barcelona, Spain. Spanish opera singer Montserrat Caballé was approached to write a song for this event since she was born there. Since she knew Mercury was a fan of her work she asked him to write the single with her. Out of these collaborations grew the idea of recording an entire album. "Barcelona" became a big hit and reached even higher chart notations when the 1992 Olympic Games finally came about. Sadly, Freddie would never experience it himself since he died about a half year before the event happened.

A special edition of the album was released in 2012, with the synthesizer instrumentals being replaced by a full orchestranote the producers said that this is how the album should have sounded from the very beginning.

If God is troping, friends until the end! Viva.... Barcelona!