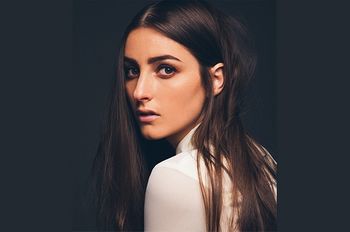 Jillian Rose Banks (often spelled as "BANKS") (born June 15, 1988) is an American Indie Pop singer from Orange County, California. She started writing songs at the age of 15, and taught herself how to play piano from a keyboard she received from a friend to help cope with her loneliness going through her parents divorce. She risen to prominence in 2013 through her music through the use of SoundCloud before signing a deal with Harvest, as well as being an opening act for The Weeknd. In 2014, she released her debut album Goddess to positive reviews and moderate commercial success.