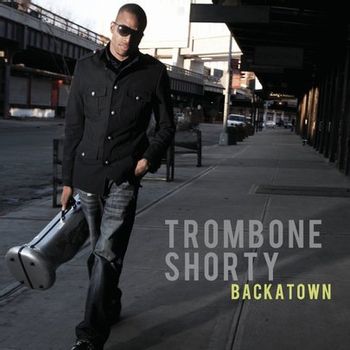 Backatown is the major label debut of New Orleans horn player Troy "Trombone Shorty" Andrews and his backing band Orleans Avenue. Released in the wake of Andrews' appearances on Treme, Backatown features a tightened take on the band's typically improvisational live show, a jazz fusion with elements of Funk Metal.

A relative critical success, Backatown reached #3 on the Billboard jazz sales charts in 2010, finishing just outside the top 200 albums altogether.