Music / Back to Black 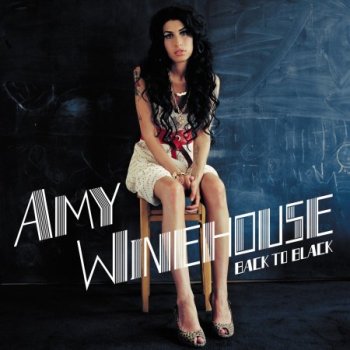 "They tried to make me go to rehab, but I said 'no, no, no'."
"We only said goodbye with words,
I died a hundred times
You go back to her
And I go back to black."
— Amy Winehouse
Advertisement:

Back to Black is the second studio album by singer Amy Winehouse, released in 2006. It was also the final studio album released during her lifetime.

Praised for its retro 1960s Motown sound and dark, emotive, gritty lyrics, it is one of the best selling albums of all time and during Winehouse's lifetime it sold over 20 million copies worldwide and also won numerous prestigious awards including five Grammy's (then more than any other British Artist had won in a single night). Back to Black was also credited with reviving both soul music and the stagnated British pop music scene. It was also credited with kick starting a third British invasion in America and for paving the way for a whole generation of eccentric female singer songwriters, including Adele, Emeli Sande, Duffy, Lady Gaga, Paloma Faith, Lana Del Rey, Jessie J, and Laura Mvula, all of whom have cited this album as a huge influence on their careers.

Not to be confused with AC/DC's Back in Black.

My tropes dry on their own...