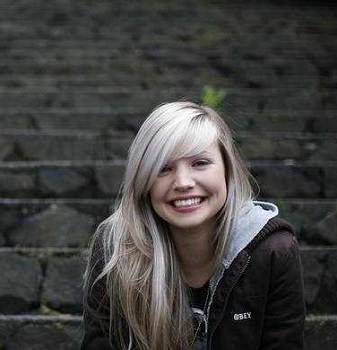 "Losing my mind with the fever."

Okay, but remember to use the hashtag "#LateNightChameleonClub."

Having grown up in small town British Columbia, Price was influenced from an early age by alternative dance music. She began to DJ at school parties, and upon graduating from high school, moved to Vancouver, eventually becoming a major player in the Vancouver drum and bass scene. Soon after that, she was booked for world tours, eventually becoming the first "Digital Soundgirl" on Shy's exclusive "Digital Soundboy" label and moving to London.

Then came her hiring as a presenter on BBC Radio 1. Her fanbase summarily exploded, with many calling her the new face of Radio 1's dance scene through her youthfully fun, funny, and approachable air persona. Along with this, she produced a hit single called "Fever," which was huge in the United Kingdom and propelled her to an even higher standing among dance fans.

Right now, she hosts a late night programme on Radio 1, entitled The Late Night Chameleon Club, is currently working on her first full-length studio album, and does regular tours both in the United Kingdom and abroad.