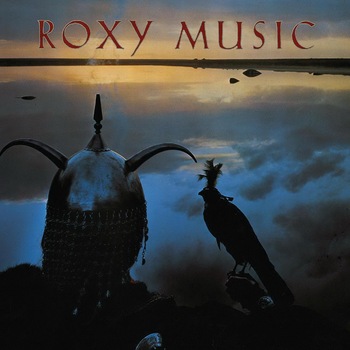 "Now the party's over; I'm so tired..."
Advertisement:

Avalon, released in 1982, is the eighth and final album by British Glam Rock band Roxy Music. Released two years after the commercially successful but controversially-received Flesh + Blood, the album acts as a refinement of the pop rock sound that permeated both both its immediate predecessor and 1979's Manifesto, featuring more carefully constructed song structures and incorporating considerable influences from frontman Bryan Ferry's love of jazz and traditional pop. The end result is, in hindsight, considered the Trope Maker for Sophisti-Pop, a subgenre of pop music that Ferry would aid in further refining through his post-Roxy Music solo output. Compared to previous albums, Avalon is a considerably quieter record, with a noticeably somber tone reflecting the band's own awareness of their fading star in the British popular music landscape. Tellingly, Ferry decided to dissolve Roxy Music once touring for Avalon finished in 1983.

Like its predecessors, Avalon was a major commercial success, topping the charts in Britain, Australia, Canada, the Netherlands, New Zealand, Norway, and Sweden. The album was additionally certified gold in France, Germany, and Spain, and platinum in Canada, the Netherlands, New Zealand, the UK, and the US. Speaking of the United States, it was not an immediate success there, but gradually ascended to Sleeper Hit status (it went platinum after all), contributing to the cult popularity of Roxy Music west of the Atlantic. It's still the only Roxy Music album to receive any kind of sales certification in that country.

Avalon spawned three singles: "More than This", the Title Track, and "Take a Chance with Me". The latter was the band's final hit single in the UK, peaking at No. 26 on the UK Singles chart.

"I could feel at the time there was no way of troping":