Music / Are You Experienced 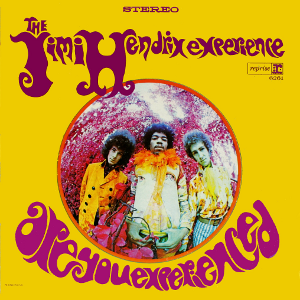 "'Scuse me while I kiss the sky."
The original cover used in the UK. 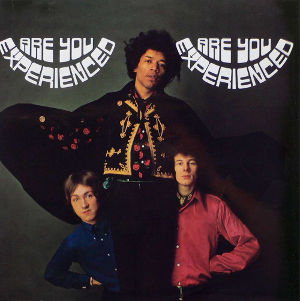 Are You Experienced is the debut studio album by The Jimi Hendrix Experience, released in 1967. Its one of the best selling and both critically praised rock 'n' roll classics of The '60s and a landmark in the genre.

The original British and American albums had different track-lists; the US release replaced "Red House", "Can You See Me" and "Remember" with "Purple Haze", "Hey Joe", "The Wind Cries Mary" and "Fire". (Starting in 1997, the CD reissues began combining all the tracks from both versions, along with B-Sides that didn't appear on either version.) Also, the British and American albums had different running orders, and some of the song titles had minor variations in spelling and punctuation.

Provides experienced tropes such as...