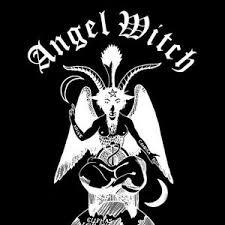 Angel Witch is a British Heavy Metal band. The band (then named Lucifer) began in London in 1977, and first comprised guitarist and vocalist Kevin Heybourne, guitarist Rob Downing, drummer Steve Jones, and bassist Barry Clements. Although critically acclaimed, their sole UK chart entry consisted of a single week at #75note the lowest position in the charts, incidentally in 1980.