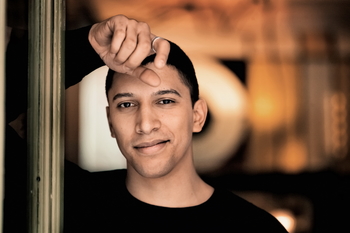 Andreas Bourani (or Andreas Stieglmair) is a German pop singer-songwriter and voice actor.

He was born on 2 November 1983 to North African parents and was adopted a few days after his birth. He grew up in Augsburg and went to a music school after graduation. After participating in a few casting shows and playing on small stages for years, he had his breakthrough in 2011 with "Nur in meinem Kopf". In 2014, his song "Auf Uns" accompanied the German national team during the FIFA World Cup. From 2015 to 2016 he was a coach in the TV show The Voice of Germany.