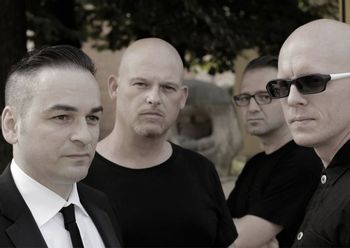 And One began in 1989 when Steve Naghavi and Chris Ruiz met at a Berlin club. They decided to follow in the footsteps of Depeche Mode by using two keyboards and a beatbox. Naghavi has also cited Nine Inch Nails and Kraftwerk as early influences, which reflect on their musical style. They tend to sing in both German and English, luckily lead singer Naghavi pulls both languages off well.