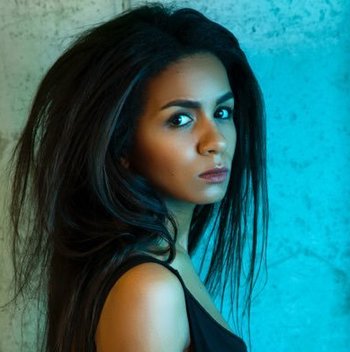 Aminata is perhaps best known for her extensive experience in the Eurovision Song Contest. After an initial attempt at representing her country in 2014, she was selected for the contest's 2015 edition with the song "Love Injected" and placed sixth in the final, giving them their best result in a decade as well as their first qualification since 2008.

She then wrote the following year's Latvian entry —"Heartbeat" by Justs— which placed fifteenth in the final. Aminata also composed "I'm Like a Wolf" by 2017 Lithuanian hopeful Aistė Pilvelytė, which ultimately wasn't selected to represent the country, losing the spot to "Rain of Revolution" by Fusedmarc. Aminata returned as a composer for Latvia in 2020, when her song "Still Breathing" (as performed by Samanta Tīna) was selected to represent the country at Eurovision.

In 2016, Aminata competed on Golos (the Russian version of The Voice) and was coached by Polina Gagarina, who competed alongside her at Eurovision 2015, finishing as the runner-up to Måns Zelmerlöw with the song "A Million Voices". She was eliminated during the knockout round.