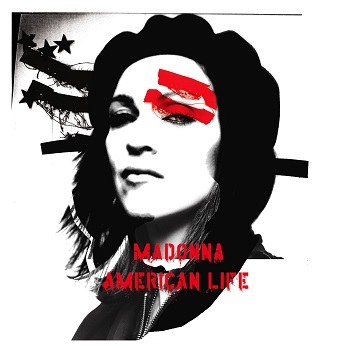 American Life is the 2003 album by Madonna. It's one of her most controversial ventures due to its angry nature, experimental nature, and Political satire.

It features "American Life", "Hollywood", and "Die Another Day", which was the theme song of the James Bond movie of the same name. The first video for "American Life" was so controversial that Madonna ended up creating another one that was more friendly to the video networks that featured it.