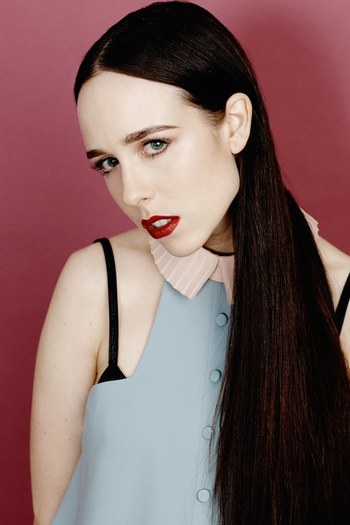 Allie in a relatively normal outfit, by her standards
"In mathematics, X is any possible variable. It's an unknown quantity. Once it's solved, it's no longer X. With that in mind, X is the identity that I take on as I go through my journey of self-discovery. It's these questions that I'm trying to grapple with in the public sphere. If I ever find that piece that I'm after or solve the equation, as it were, then I will no longer be Allie X."
— "Allie X Is Your Friendly Neighborhood Dark-Popstar"

After paying her dues as an Indie Pop artist in Toronto, releasing several albums in limited-release CD format, Hughes moved to Los Angeles in 2013 and quickly achieved success with her first single, "Catch", under the name Allie X. "Catch," along with her subsequent singles "Bitch" and "Prime," would later be featured on her first EP, CollXtion I. Since then she has achieved popular and critical success with one album, numerous singles, and a musical project.

She also contributed heavily to Troye Sivan's Blue Neighbourhood, with songwriting credits on seven tracks including "Talk Me Down" and "Youth."

In addition to music, Allie has minor acting credits in various Canadian movies and TV shows including Being Erica and Instant Star.