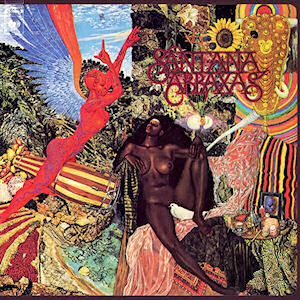 Abraxas is the sophomore album from Santana, released in September 1970. Considered to be one of Santana's finest releases, it helped shape their current sound after the primitive cover-heavy sound of their self-titled debut the year prior, containing some of their best-known tracks, including "Oye como va" and "Black Magic Woman" (both of which, ironically, are nonetheless covers).