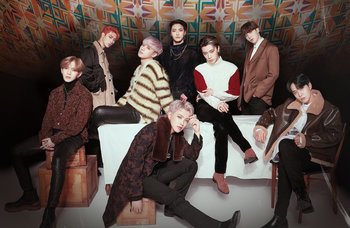 ATEEZ (Korean: 에이티즈), ATZ for short, is an eight-member South Korean boy band that debuted on October 24, 2018 under KQ Entertainment with the EP Treasure EP.1: All to Zero.