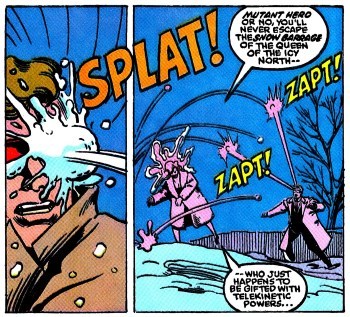 Several superheroes have figured out that cleaning under large items of furniture is easier when you can pick them up with one hand.