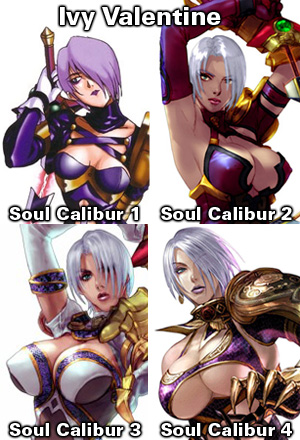 Notice something changes every game?note She used to have lavender hair, but now it's white?
Advertisement: