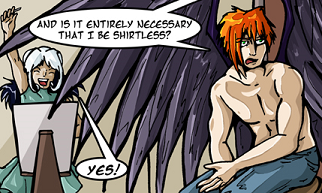 Really, though, she's more into the wings.