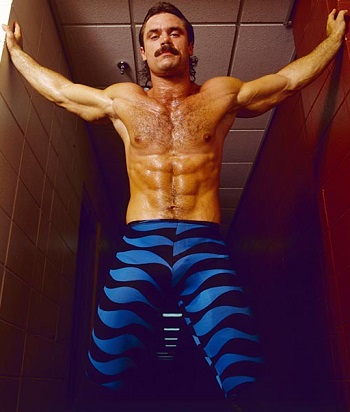 "Keep the noise down while I take my robe off and show the ladies what a real sexy man looks like."