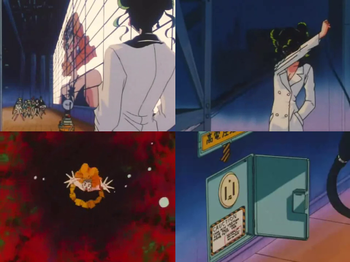 "Well if someone is inside the display unit when the power of the machine is shut off, they would be automatically sealed inside it forever."