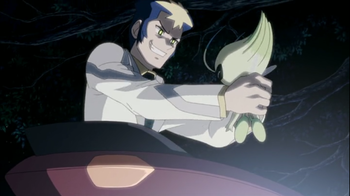 Such an evil bastard Kodai is...