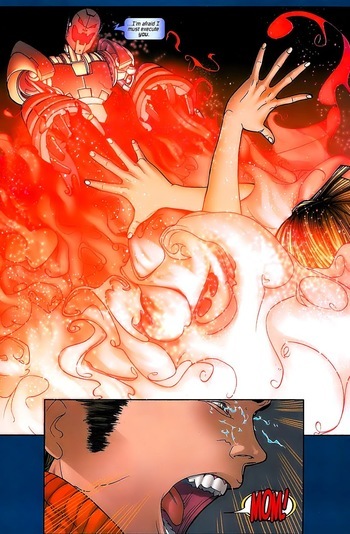 "Don't shed a tear for your birth creature, my darling simulacrum. Your mother was a degenerate criminal, nothing more than raw genetic stock for your glorious technological future!"
"You think I do this [kill people] for money?! I've been gettin' paid for high-end jobs since... forever. Have you ever seen me spend any of it? Hell, I wouldn't be surprised if I have more money than you, at this point. No, Norman... I stopped doing this for money a long time ago. I do it because it's fun."
—Bullseye, Deadpool Vol. 2 #12

Other comics under Marvel or related imprints (such as Icon Comics) can be found either at Comic Books or at the appropriate franchise's subpage (G.I. Joe; RoboCop; Transformers, etc.) Examples from the Marvel Cinematic Universe can be found here.