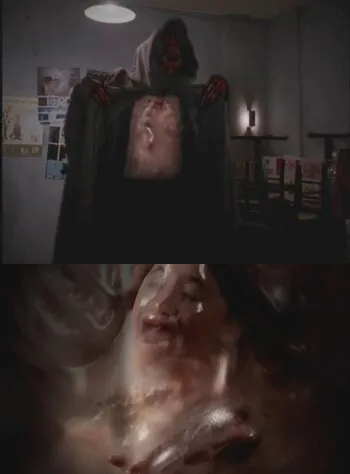 "Trapped within the demon, the unfortunates are kept alive,their souls tortured for the pleasure he gets from their suffering"
"You think dying would be easier the second time around, but it sure doesn't look like it. It's useless to fight the poison. Don't you know death is just the beginning? In this case, of a lot more death. How's it feel to know that you will be responsible for the end of Whitelighters and witches alike? The end of good. Do I hear someone coming? No. But I hear someone going."
—Eames, right before killing Natalie, "Blinded by the Whitelighter"
Advertisement: