The BBC is the world's oldest national broadcasting corporation, with a rich history on radio since the 1920s and television since the 1930s. Unfortunately, for many years, their attitude toward preserving that history was notoriously callous. 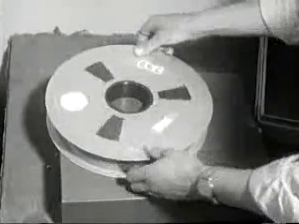 "Videotape. On it, a recording of a play, sound and vision, costing thousands to produce. Now... wiped. Gone forever. Lost."
Advertisement: