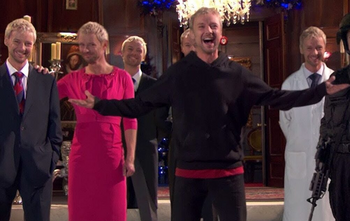 "Breaking news: I'm everyone, AND EVERYONE IN THE WORLD IS ME!"
Advertisement: