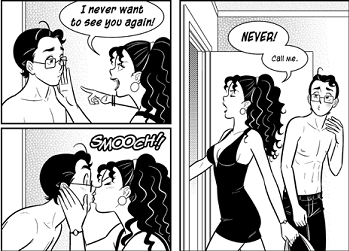 No, this isn't over.
Back to the main page.
Over to the Characters page.