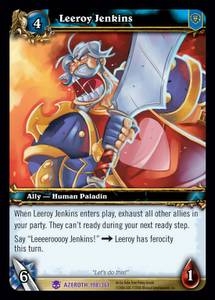 All right chums, I'm back! LET'S DO THIS!
Advertisement:

Since it's existed for nearly 20 years and has a dev team that loves to get in on the fun, it's no surprise that World of Warcraft has as many memes as it does.

YOU ARE NOT PREPARED for these memes: