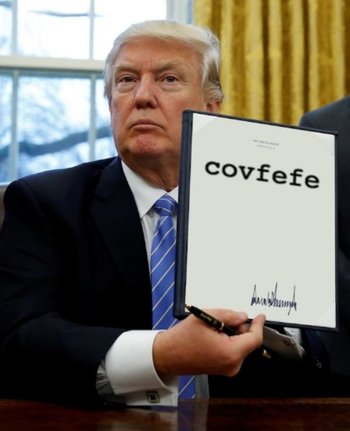 Despite the constant negative press...
Regardless of what you think of Trump, he has undeniably been a great source for memes during the late 2010s and early 2020s. Memes for the 2020 election and the transition of power between Trump and Biden can be found here.
Advertisement:

When adding an example, please write the meme, then add the explanation of the meme inside a labelnote titled "Explanation." Explanation This is just the example. Follow it this way. Explanations are not optional, on this page or any other.