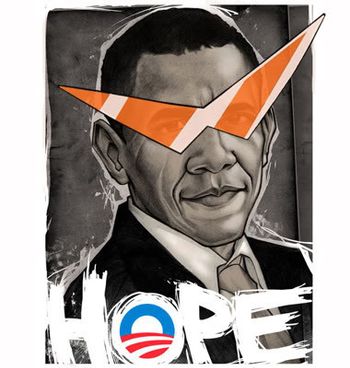 Yes We Can Pierce the Heavens!
Advertisement:

Politics are a great source of memes (which is not that surprising considering the kind of stuff that escapes the lips of certain politicians), but there's something about American politics that makes memes about it require its own page.

We've got binders full of memes for you below. When adding an example, please write the meme, then add the explanation of the meme inside a labelnote titled "Explanation." Explanation This is just the example. Follow it this way. Explanations are not optional, on this page or any other.