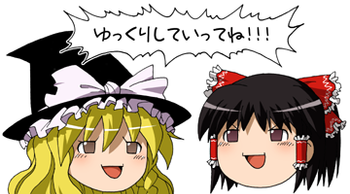 This page wants you to take it easy.
Advertisement:

For a simple danmaku game, Touhou Project has spawned more memes than any others of its kind. Sometimes, the memes even become canon. Plus, these memes are spreading the bullets.