Memes / The Legend of Korra 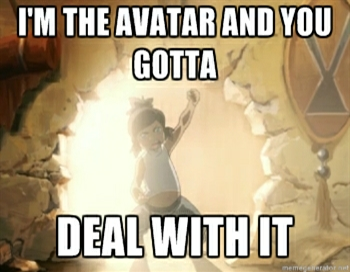 For better or for worse.

Considering how popular the first series was, it's no surprise we should expect the same treatment from Aang's literal Spiritual Successor.