Memes / The Empire Strikes Back 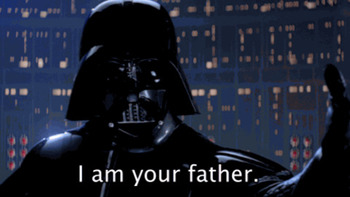 If this image spoiled anything, where have you been for the last few decades?

C-3PO: "Sir, the possibility of making a successful meme is approximately three thousand seven hundred twenty to one."
Han: "Never Tell Me the Odds!"

Lando Calrissian: "You said this page would be left under my supervision!"
Darth Vader: "I've altered the page. Pray I don't alter it any further."