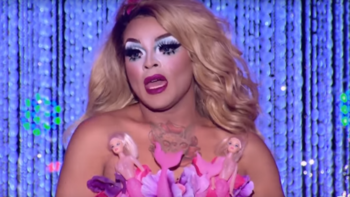 As a show with a large LGBT following, RuPaul's Drag Race has a tendency to create memes. Please note, if you wish to add an example here, please leave a note or labelnote explaining why it's an example. Zero-Context Examples are not allowed on TV Tropes. Similarly, please try to keep the memes actually related to Drag Race in some way and make sure they're relatively well known already in the community. This page is not for forcing anything you find funny to become a meme.