Memes / Return of the Jedi 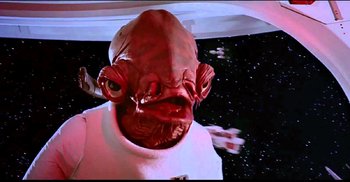 Darth Vader: "Does this page have a code clearance?"
Admiral Piett: "It's an older code, sir, but it checks out. I was about to add a new meme."

Mon Mothma: "Many Bothans died to bring us these memes."