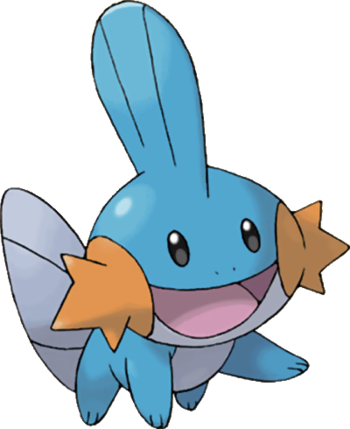 Pokémon has been around for a pretty long time by Internet standards, with the first games coming out in 1996, and has since grown to encompass many different types of media. It's also ridiculously popular, especially with nerds.

The spawning of memes was inevitable. Gotta mutate 'em all!

Smogon is something of a Fountain of Memes as far as fansites go. Memes originating from Smogon are listed here. The same applies to Twitch Plays Pokémon: its memes can be found here.