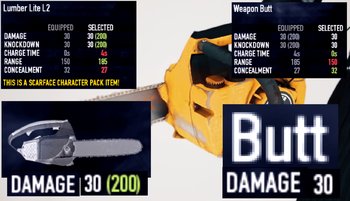 A chainsaw does the same damage as a Pistol Whip?
Advertisement:

PAYDAY 2, being the chaotic co-op heist shooter running since 2013, has inevitably spawned several memes during that time.

"I SAID IT'S FUCKING PAYDAY MOTHERFUCKERS-"