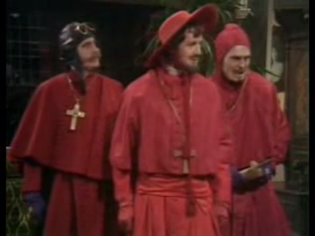 Ironically, most of you probably were expecting this.
Advertisement:

And now for something completely different.

A set of memes from any given Monty Python production.

Monty Python and the Holy Grail:

Monty Python's The Meaning of Life

I've noticed a tendency for this page of memes to get rather silly. Ni!