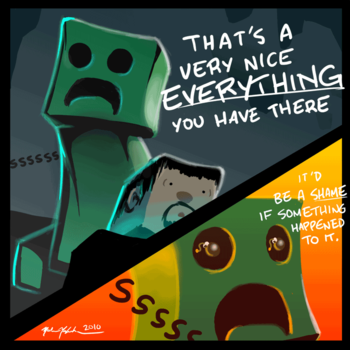 Tired of looking for that rare ore that you can't find? Were you looking forward to PvPing only for your friends to not appear? Or did you get killed by a Creeper while you were distracted mining or creating something?

Do not worry. Here at TV Tropes, you're safe from everything. Sit down, grab some popcorn, and treat yourself to some memes before you go back to your world.