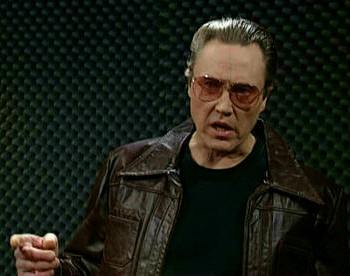 "I got a fever... and the only prescription... is more cowbell!"

Even if you don't see them on TV very often, some moments and phrases will be popular enough to remain in the heads of the most die-hard watchers. There are so many related to game shows that they get their own page, so please don't add them here.