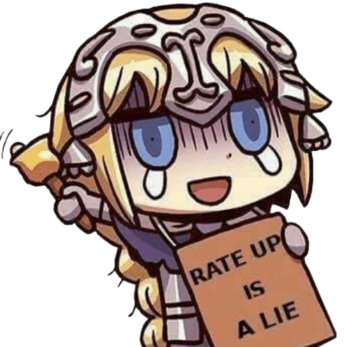 "Do you believe in God? Please pray for the sake of your happiness!"
A Crisis Crossover, plus classic Nasuverse shenanigans, equals a game that can grow many a meme.
Advertisement:

Fan Nicknames for the large cast of characters go here.