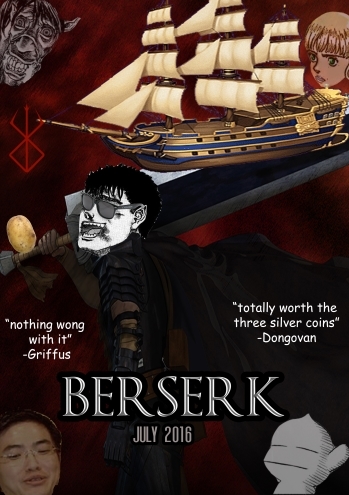 Put your grasses on, and prepare to CLANG: it's gonna be a loooooong boat ride.
Advertisement:

Berserk has its share of Memetic Mutation. In fact, /r/berserk

has a whole playground for memes and trolling called /r/berserklejerk

which has developed progressively more opaque inside jokes. Below are some of the more notable memes bandied about by the fans:

Berserk and the Band of the Hawk