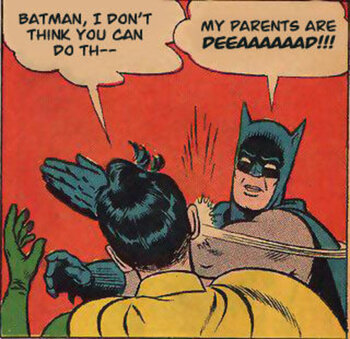 Batman may be one of the most goddamn badass characters ever created, but sometimes he's not immune to being a little dramatic.
"I'm Batman."
— Batman
Advertisement:

The one comic character with his own page of memes, because he's the goddamn Batman.

The TV Show And Cartoons