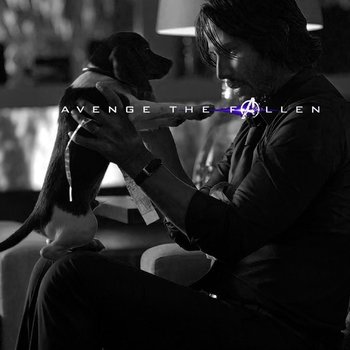 He left this world too soon...note Are we talking about the dog, or John Wick before he went on his Roaring Rampage of Revenge?
Tony Stark: Oh, Mr. Rogers, I almost forgot. This film did nothing for your memes.
Steve Rogers: No one asked you to watch, Tony.
Tony Stark: They're ridiculous!
Scott Lang: I think they look great, Cap. As far as I'm concerned, those are America's memes.

Despite having less screentime and focus than the previous movie, Thanos is just as quotable as before and just about every sentence he speaks have been used as captions: