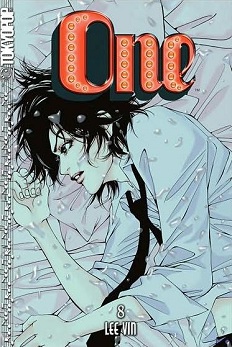 "Classical music floats around in heaven... while we're stuck down here in the popstar slums."
—Woojae Ha
Advertisement:

Getting into the music business and staying on top is hard and there's nowhere that's more apparent than in the world of K-Pop. Talent is scouted out on the streets, diligently trained, and then released to the public. If it flops, the talent is dropped. Success? Well, then you're rocketed into the upper echelons of pop culture. But superstars have to go to school just as much as anyone else does and Daewon High School is just such a place where not only one, but three music sensations reside and the princess of them all is Jenny You, a pop star who dreams of becoming a punk rocker.

Except the story isn't solely about her. In her class there's an ordinary guy named Eumpa Won who lives a seemingly peaceful life until his teacher outs him as a music savant. Through a chain of events he couldn't foresee, Eumpa finds himself thrust into the world of K-Pop and eventually submits himself to the rigors behind the journey to fame for the sake of a girl he loves and a shot at showing his music to the world.

One takes a slightly more realistic look at the trials and tribulations of being a star than other stories within a similar vein.

Not to be confused with the manhua The One.

This manhwa provides examples of: