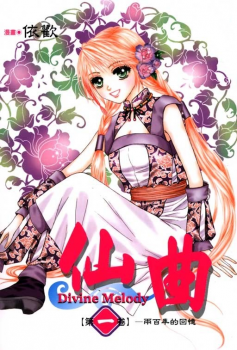 This Manhua is about a strong and active young boy named Duo Xi and a gentle young girl named Xiao Que. They live in a village at the base of a mountain which, legend has it, is home to female fox demons. Among the foxes is the very special Cai Sheng—a little girl fox with the power to one day become what only the most powerful foxes can become: a man, able to sire celestial fox children.

Lonely, with no one her age to play with, the child fox Cai Sheng descends to the village and plays with Duo Xi and Xiao Que. During that time, little fox child (Cai Sheng) is attacked by a dog and it's the two human children who save her! Now the humans are marked, and will remain so—even in their lives to come—until Cai Sheng repays her debt to them...Two hundred years later, Cai Sheng is more powerful and has mastered the art of becoming a man... and she still owes a debt to the reincarnated children!

This Manhua provides examples of