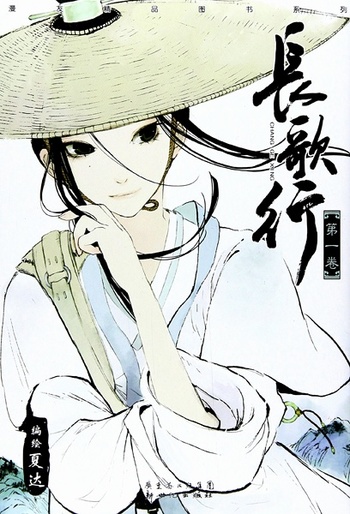 Choukakou (also known as 长歌行, Chang Ge Xing, Chang Ge's Journey or Song of the Long March) is a manhua series by Xia Da. It tells the story of Li Chang Ge, a young Chinese princess plotting revenge against the man who killed her family: Li Shimin, Emperor Taizong of Tang.

Unfortunately the series is presently on hiatus due to the original Chinese publishing company stealing Xia Da's right's to the work and making their own modifications. Xia Da has decided not to publish any more material of the work until she wins the legal battle and gets her rights to the work back; she has promised that the work lives and will be completed, however.