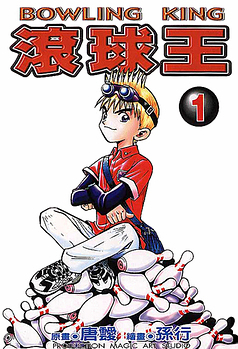 Bowling King is a Taiwanese sports manhua by Ai Tong.

It is about a kid named Shautieh Ley and the humiliation he puts himself and his opponents through in bowling alleys.

This manhua has examples of: