Manga / You and Me 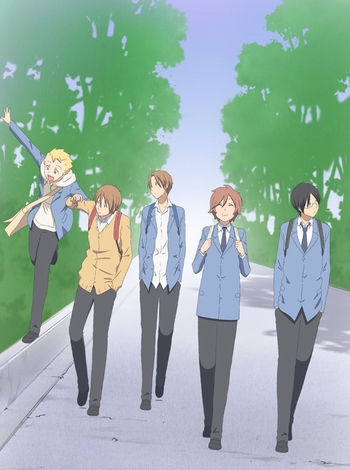 You and Me (Kimi to Boku) is a Shounen and Slice of Life manga that has an anime adaption revolving around four childhood friends—Kaname Tsukahara, Shun Matsuoka, and twin brothers Yuki and Yuta Asaba—and a new transfer student, half-German and half-Japanese Chizuru Tachibana, who joins their circle, as they enter "their 17th spring" of high school.

Alternative Title(s): Kimi To Boku, You And Me