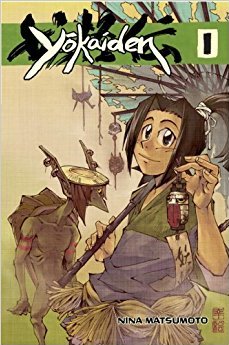 ), currently consisting of two volumes. The story revolves around Hamachi, a young boy fascinated by Yōkai even while others are repulsed by and/or terrified of them. After a vengeful Kappa, Madkap, takes his grandmother's spirit, Hamachi journeys into the Yokai realm in order to seek his own vengeance. Along the way, he meets a lot of strange, strange Yokai.