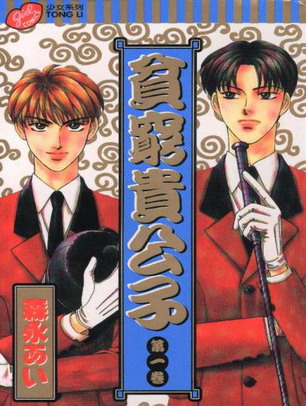 Yamada Tarō Monogatari (山田太郎ものがたり, literally, Yamada Tarō Story) is a Japanese manga series created by Ai Morinaga. The manga was serialized in the shoujo magazine Monthly Asuka from 1996 to 2000, and compiled into 14 volumes. It has been adapted into a 15 episode Chinese serial drama and a 10 episode Japanese serial drama starring Ninomiya Kazunari and Sakurai Sho of Arashi.
Advertisement:

Yamada Taro is smart, athletic, and very handsome. He seems perfect on the outside, but he's dirt poor due to his mother's reckless spending habits and his always-gone father. Although never once does he admit it, everyone at school thinks he is a very humble rich boy because of his good looks. However, at home, he must care for his six younger siblings, who share a one-bedroom place with him and his mother.